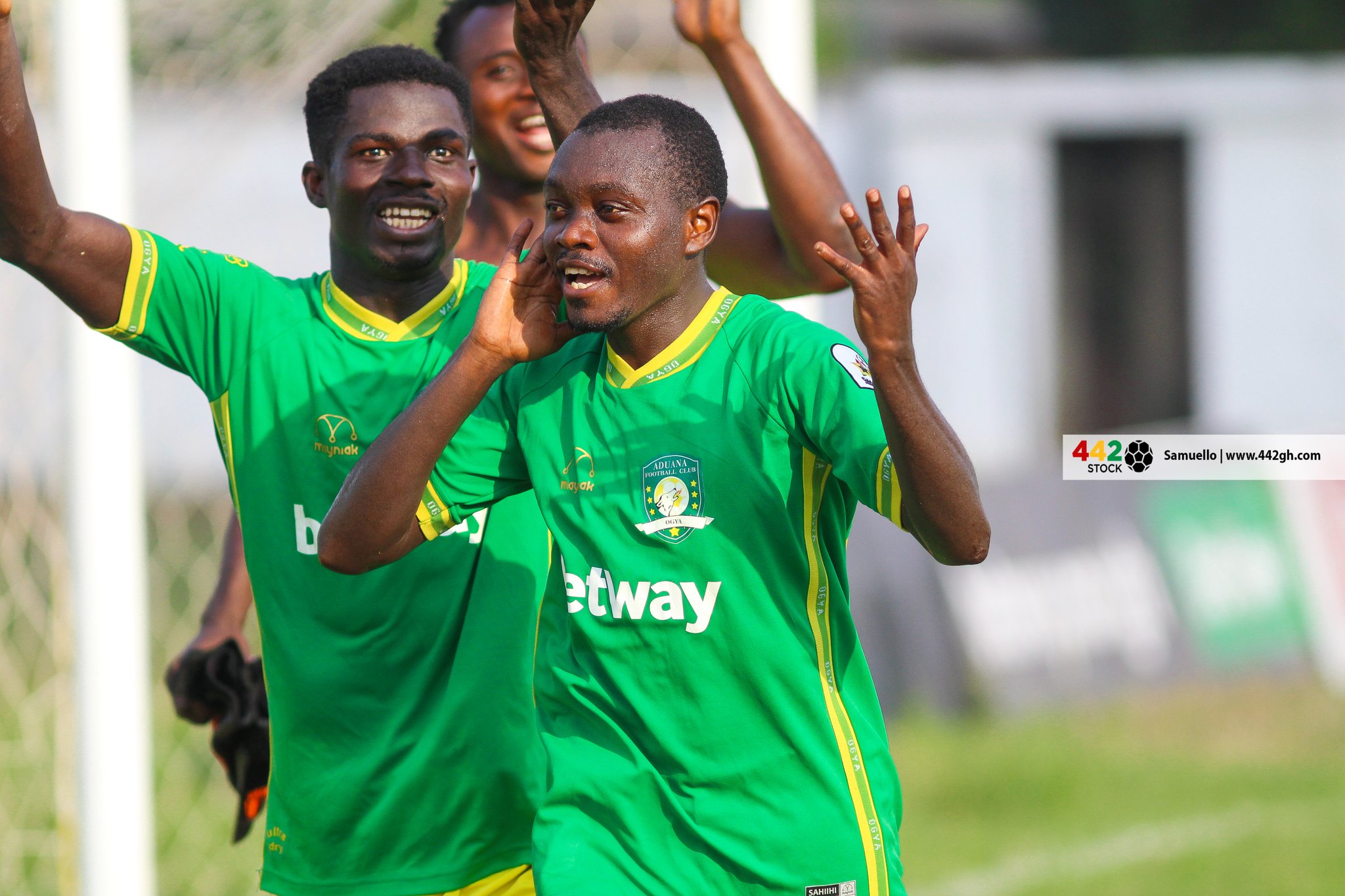 Diminutive winger Samuel Bio scored yet again against Asante Kotoko as Aduana Stars inflicted a 1-0 victory on the Porcupine Warriors in their match day 10 fixture at the Accra Sports Stadium.

Bio, a former player of Tema Youth and Medeama SC for the second time running scored the match winner against Asante Kotoko in the Premier League. He netted the winner last season when the two teams met at the Nana Agyemang Badu I park during the 2019/2020 season.

The result means Asante Kotoko missed the chance to go top of the league table after leaders Karela United dropped points against Great Olympics on Saturday.

Yahaya Mohammed had the first shot on target but his effort was saved by Razak Abalora.

Patrick Asmah became the first causality in the game as he was substituted after picking up an injury in the 13th minute and was replaced by Emmanuel Gyamfi.

Fabio Gama was booked in the 33rd minute after a silly challenge on Aduana Stars defender Emmanuel Akuoko.

Kotoko’s Christopher Nettey kept tormenting the Aduana stars defense and won a free kick for his side in the 40th minute but Fabio Gama failed to take full advantage from 42 yards.

The first half ended goalless with both sides failing to put the ball at the back of the net. Fabio Gama had a chance to score but his effort went off target in the 59th minute. Naby Keita’s first shot on target after coming in was saved by Joseph Addo in the 72nd minute.

Samuel Bio broke the deadlock in the 73rd minute with a sweet strike as Aduana Stars.

Aduana Stars held on to the lead to record their first away win of the season.