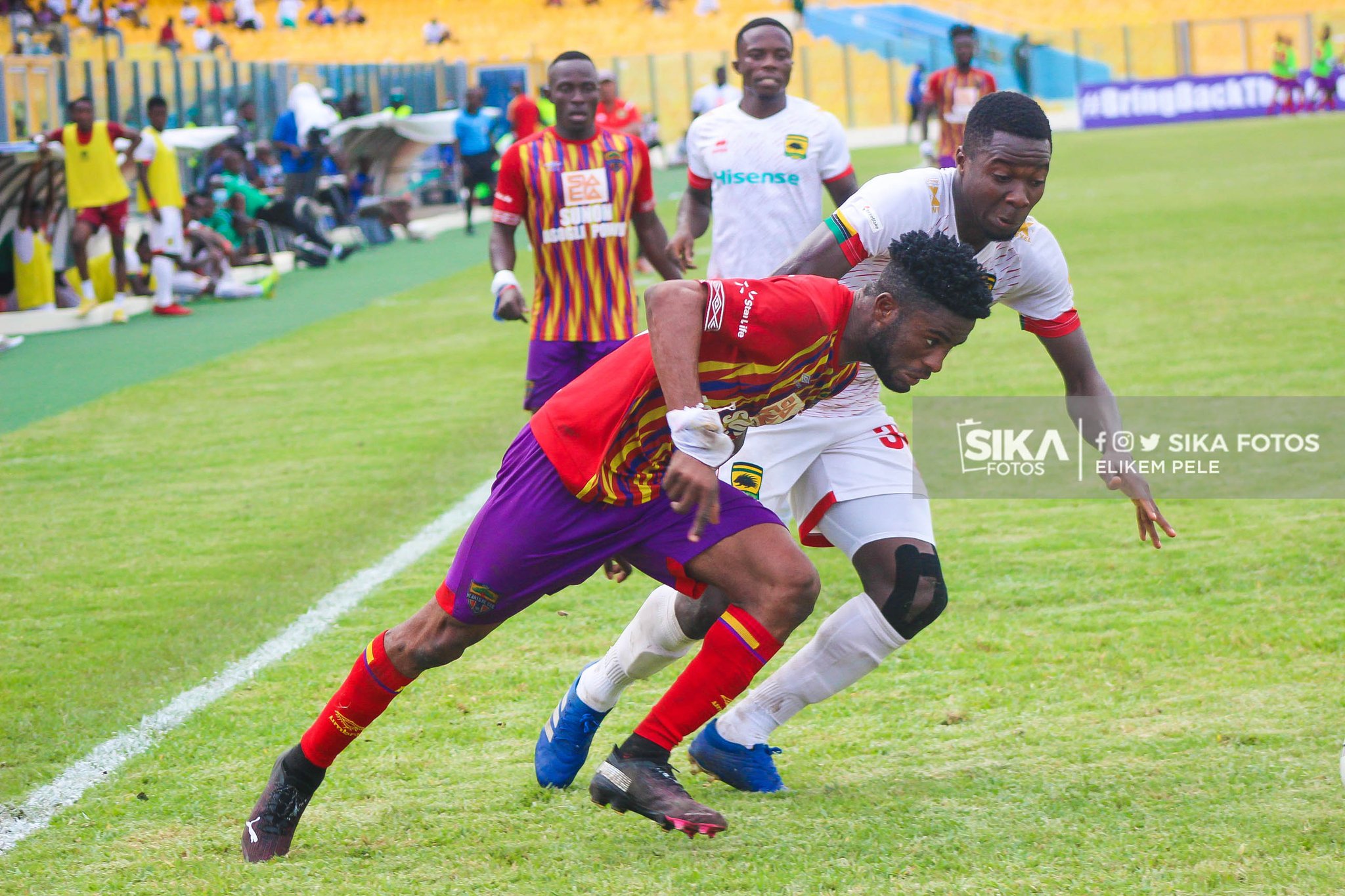 Daniel Afriyie Barnie scored the only goal of the match in the 66th minute to give the Phobians a three point lead on the league table with three games to end the season.

The Phobians dominated proceedings in the early stages of the game – threatened the Kotoko defence only to be denied Abdul Ismail Ganiyu in the 15th minute.

Randy Ovuoka powered a drive from 40 yards which was saved by Kwame Baah in the 34th minute from a beautiful solo run.

Back from recess, Ibrahim Salifu got a chance to put Hearts of Oak in front but the former Eleven Wonders man was denied by Asante Kotoko goalkeeper Kwame Baah.

Daniel Afriyie Barnie broke the deadlock for Hearts of Oak in the 66th minute with a nice finish into the roof of the net.

Augustine Okrah nearly fetched the equalizer in the 78th minute but Richard Attah was on hand to make a save.

Hearts of Oak held on to the win their first match against their rivals in five seasons.

Hearts of Oak have now picked 59 points after on the league table after this win.

In Elmina, Great Olympics picked a point against Elmina Sharks at the Nduom stadium. Tahir Mensah gave Sharks the lead but Maxwell Abbey fetched the equalizer for Great Olympics.

In Bechem, the Hunters failed to take advantage of playing at home after drawing goalless with Medeama SC at Fosu Gyeabuor Park.

Dreams FC were humbled by Aduana Stars at the Agyemang Badu Park at Dormaa. Sam Adams and Bright Adjei scored for Ogya lads to give them a swell deserved win.