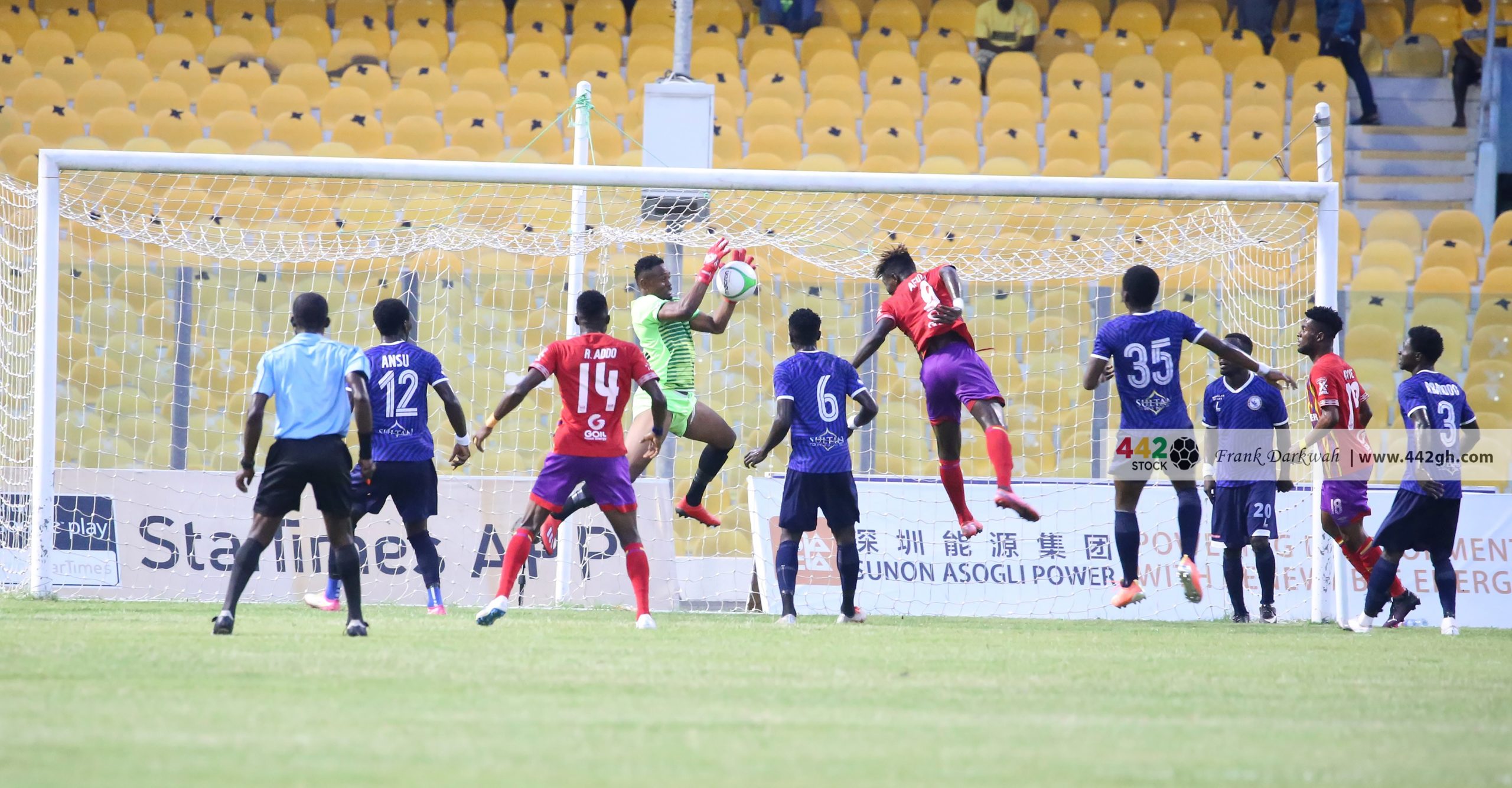 Benjamin Afutu Kotey and Kwadwo Obeng Jnr. scored in the first half as Hearts of Oak beat Berekum Chelsea 2-0 to open a two-point lead in the Ghana Premier League on Sunday.

The win takes their winning run to five-matches on the spin without conceding a goal.

Benjamin Afutu gave Hearts the lead in the 16th minute with a powerful header from Ibrahim Salifu’s corner kick.

The Phobians were rampant from the blast of the whistle – with quick passing football full of verve and tenacity.

Kwadwo Obeng Jnr added the second goal just before the break – smashing in a thunderbolt from the edge of the box to beat goalkeeper Ernest Sowah.

Hearts did not take their foot off the accelerator in the second half and continued to dictate the pace of the game.

Stephen Amankona came close to reduce the deficit for Berekum Chelsea but his powerful free-kick was well saved by Hearts of Oak goalkeeper Richard Attah.

Substitute Patrick Razak had a decent chance to increase the tally for the Phobians but was denied by Ernest Sowah as Hearts held on to win 2-0 at the Accra Sports stadium.

Accra Hearts of Oak sit at the summit of the table with 49 points after 27 League matches and play against Great Olympics on Sunday.

In other matches – Legon Cities stunned AshantiGold SC 1-0 at the Obuasi Len Clay stadium. Issaka Mohammed scored the only goal of the match in the first half after beating goalkeeper Kofi Mensah from close range following a Justice Annane free kick in the 39th minute. The win takes the Royals to 10th place in the table with 34 points. 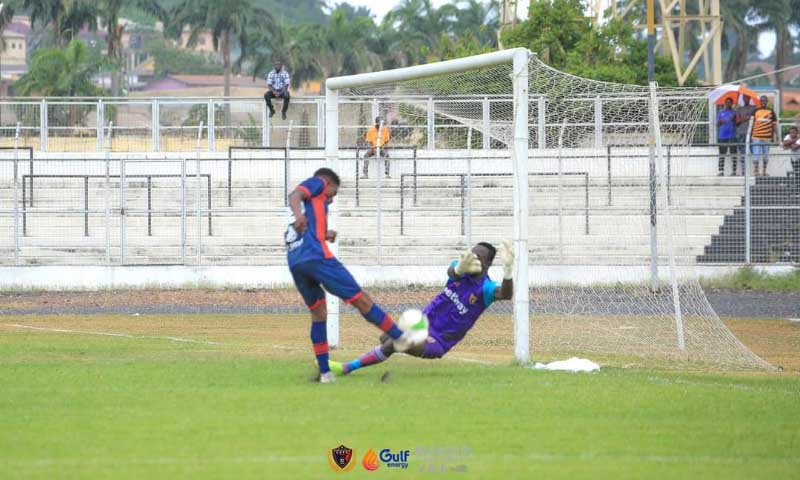 In Sogakope, Emmanuel Annaful scored a late own goal as WAFA beat Ebusua Dwarfs 2-1 at the Red Bull arena at Sogakope. Enoch Asubonteng scored the first goal in the 56th minute – but Richard Addai scored the equalizer 9 minutes later to cancel out the WAFA lead. With the game headed for a 1-1 draw, Augustine Boakye found striker Justus Torsutsey whose cross into the vital area was awkwardly turned in by Annaful in the 90th minute.

In Techiman – Eleven Wonders completed a double over King Faisal with a 1-0 win at the Ohene Ameyaw Park. Samuel Boakye scored the only goal of the match in the 77th minute to give Wonders all the spoils.

Bottom placed Inter Allies scored three second half goals as they got the better of Medeama SC at the theatre of Dreams – Dawu. Substitute Andy Okpe opened the scoring in the 71st minute – 12 minutes after coming on for Samuel Armah.

Nafiu Suleymana scored a brace in the last three minutes of the game to wrap things up for the Eleven Is To side. Despite their victory, Inter Allies stay bottom of the league standing with 26 points while Medeama SC drop to 5th with 47 points. 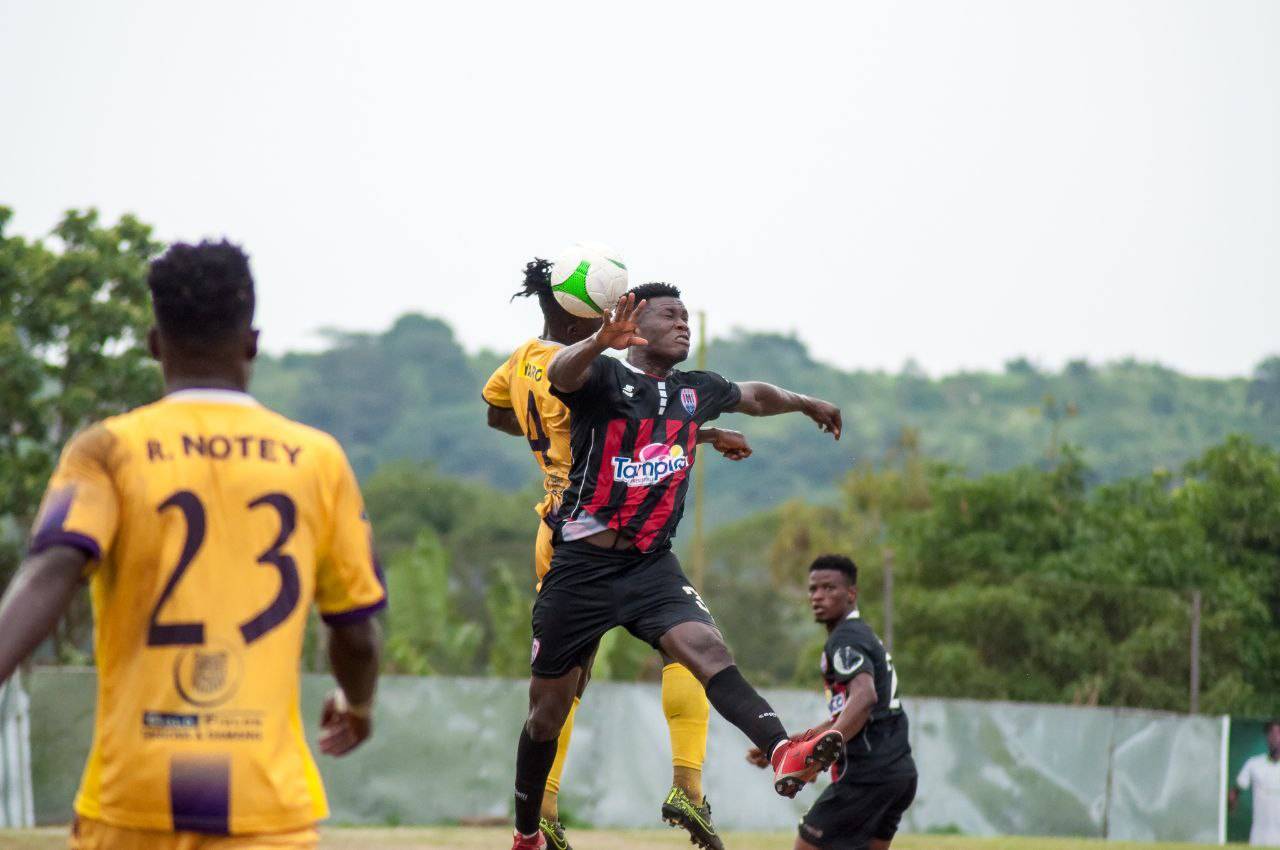 Elmina Sharks fought for a point against Bechem United at the Nana Fosu Gyeabuor Park at Bechem – the game ended 0-0 on Sunday.

On Saturday – Asante Kotoko came away with a 0-0 draw against Aduana FC at the Nana Agyemang Badu I Park.

Earlier on Friday – Accra Great Olympics came from behind to draw 1-1 with Karela United FC at the CAM Park at Aiyinase.