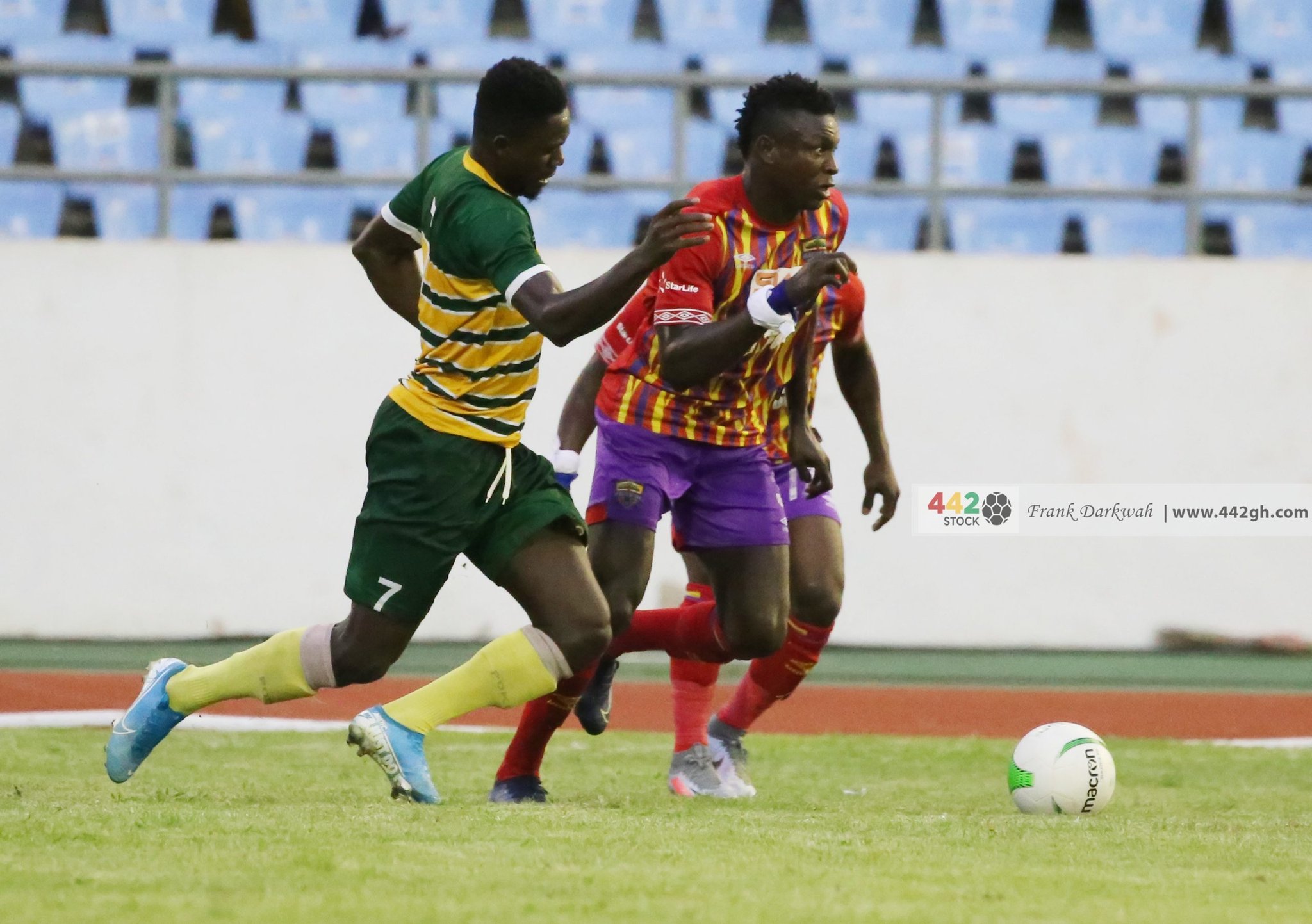 Elsewhere, Liberty Professionals won a five-goal thriller against Karela United at the Red Bull arena in Sogakope to boost their survival hopes.

Evans Owusu scored the winning goal to move them out of the relegation zone.

Abrham Wayo opened the scoring for Liberty in the 12th minute but Diawise Taylor pulled parity three minutes later – scoring his 17th goal of the season.

Kwaku Karikari converted spot kick in the 25th minute as the held on to end the first half 2-1. Liberty this managed to hold and end the half with a 2-1 lead.

Back from recess, Karela United grew in confidence and fetched the equalizer in the 70th minute through Liberian Varney Sando. Owusu then slotted home the winner in the 76th minute with a close range effort.

Earlier on Saturday, Alhassan Seidu Abu’s early goal in the first half did the damage, and the hosts bagged all the three maximum points as WAFA beat Inter Allies 1-0 on Saturday.

In Tarkwa, Medeama SC came from behind twice to beat Elmina Sharks 3-2 at Akoon Park. Tahir Mensah put Sharks ahead as early as the third minute but Fatawu Suleymana cancelled the lead 3 minutes later. Edmund Asiedu restored the lead for Sharks in the 24th minute but Vincent Atinga ensured Medeama will go into the break on level terms as he scored in the 45th minute to bring them level.

Ebenezer Ackahbi then got the winner for the home side in the 78th minute to condemn Elmina Sharks to another defeat on the road.

Collins Ameyaw scored in the 45th minute as Berekum Chelsea inflicted a 1-0 defeat on Dreams FC at the Theatre of Dreams, Dawu.

Second placed Asante Kotoko came from behind to draw 1-1 with King Faisal on Saturday – as their title chances further took a blow. Zubeiru slotted home a superb cross from Eric Morrison but Andy Kumi scored the equalizer in the second half for Asante Kotoko in the 84th minute.

The game between Aduana FC and AshantiGold SC was rained off and will be played on Monday.