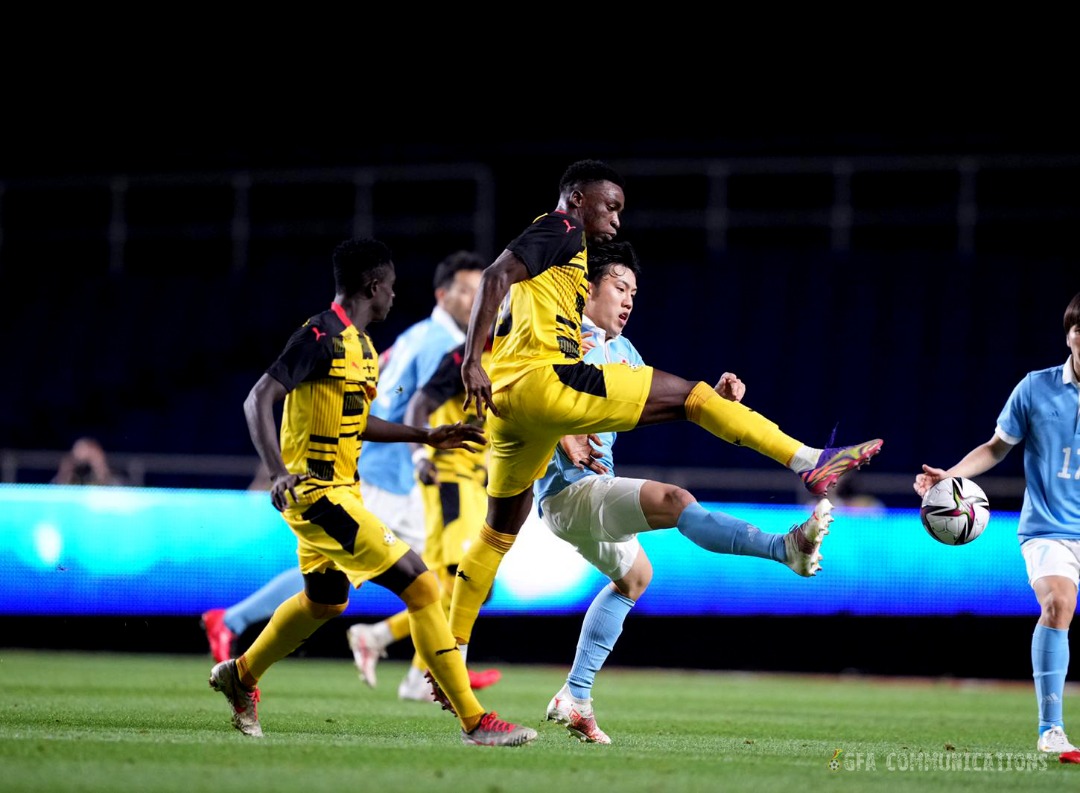 Ghana has suffered a 6-0 defeat to Japan in the U24 friendly match played at the Fukkuoka Stadium on Saturday.

The Japanese side were up by 2-0 after the 30th minute mark and added to the tally before the end of the first half.

Ghana’s efforts to get back into the game proved futile as the Japanese scored their fourth goal.

Coach Paa Kwesi Fabin’s were then handed an uphill task as the Japanese side were up by 5-0 by the 56th minute before adding the 6th goal.

The Black Meteors are set to play the Japanese again on Wednesday in the second friendly game against the Olympic-bound Asian side.

Japan is using the game as part of preparations for the upcoming Olympic Games while coach Paa Kwesi also assesses players for Ghana’s next Olympic team.