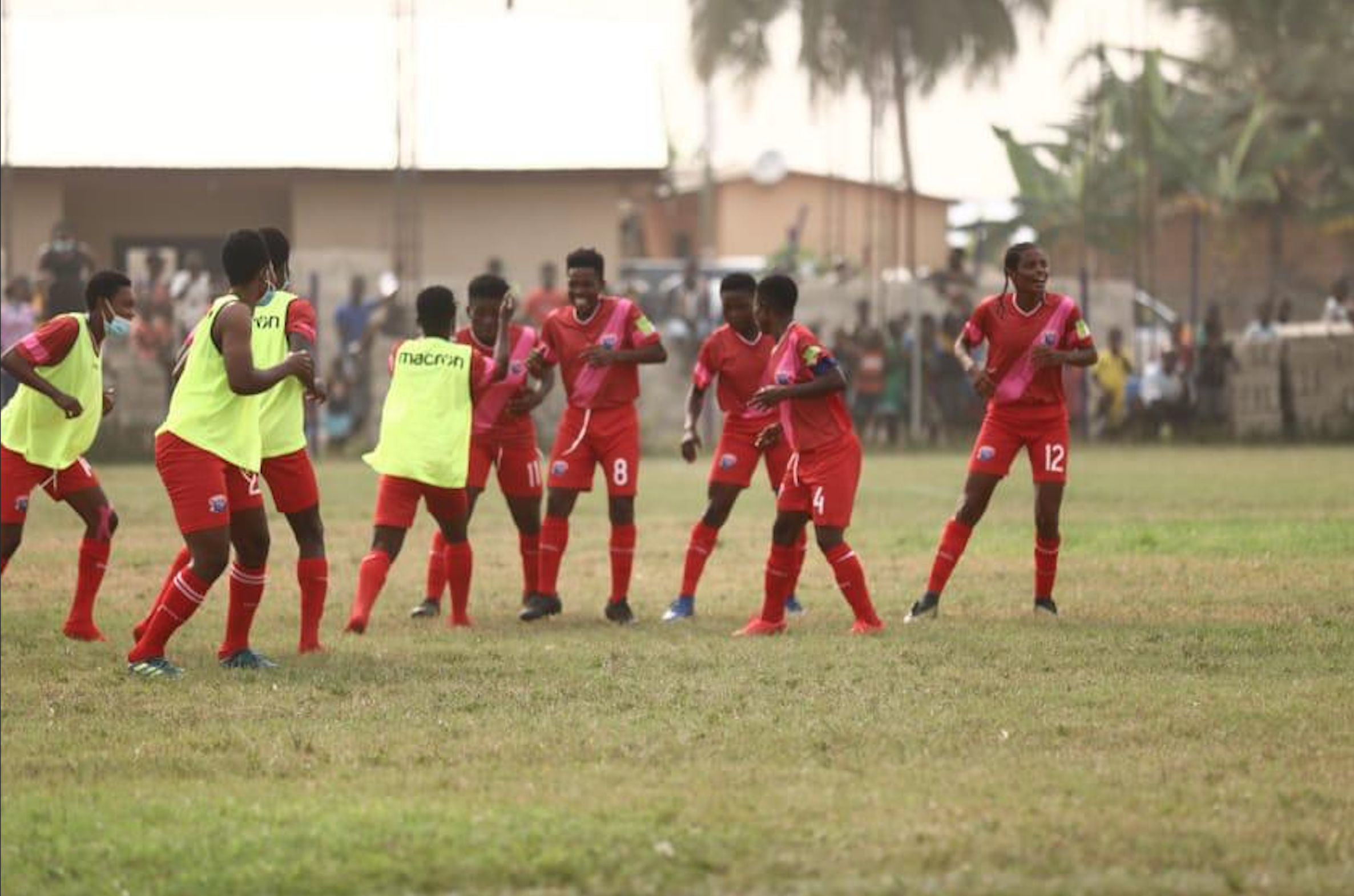 Felicity Asante gave a flawless performance as her hattrick helped Berry Ladies beat Soccer Intellectuals 3-1 win at their own backyard in the Week 2 of National Women’ s premier League.

It was a quick start for the host as they made early incursions into their opponent goal area making their intentions known from the start.

However it was the home side who drew the first blood through a spot kick beautifully converted by Moussirietou Adina-Akpo in the 18th minutes after a Berry Ladies player handled the ball in goal area.

The visitors responded quickly just 9mins after the host broke the deadlock when Felicity Asante scored from a penalty kick when the center referee Gloria Yayra Mortu whistled for a handball.

Felicity had her brace in the 30th mins after connecting beautifully from a cross and the scoreline remained same till the referee brought proceedings of the 1st half to an end.

After the break, Intellectuals fought hard to redeem the deficit but their efforts were dealt with by either the defense or the goalkeeper in post for Berry Ladies

The game was characterized by numerous stoppages amidst complains from the technical bench of the two teams questioning decisions of the center referee.

Felicity Asante who played a blinder today completed her hat trick in the 53′ mins when she scored from a goal mouth melee.

From there, Soccer Intellectuals came into the picture to reduce the deficit but failed to convert the number of begging chances that came their way.

Both teams effected a number of substitutions to bolster their play but the results remained same til the final whistle was blown.

The win put Berry at the Zenith of the Zone 1 log going into Week 3.