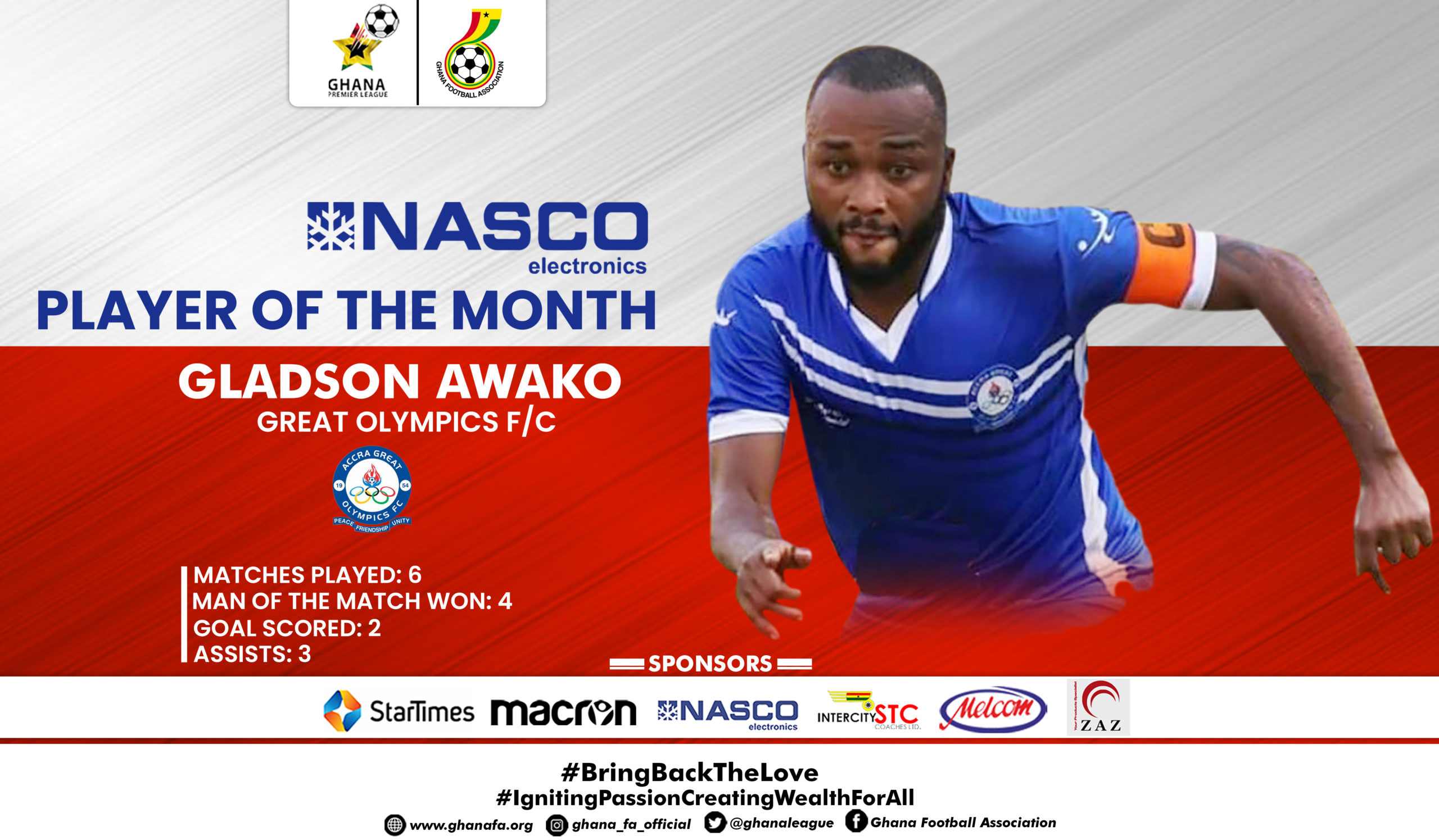 His outstanding form in the six matches under review (November –December) saw him score four goals with three assists.

He also won the NASCO Man of the Match award four times within the period.

For his award, Gladson Awako will receive NASCO Television and a personalized trophy from the award sponsors, Electroland Ghana Limited(NASCO).