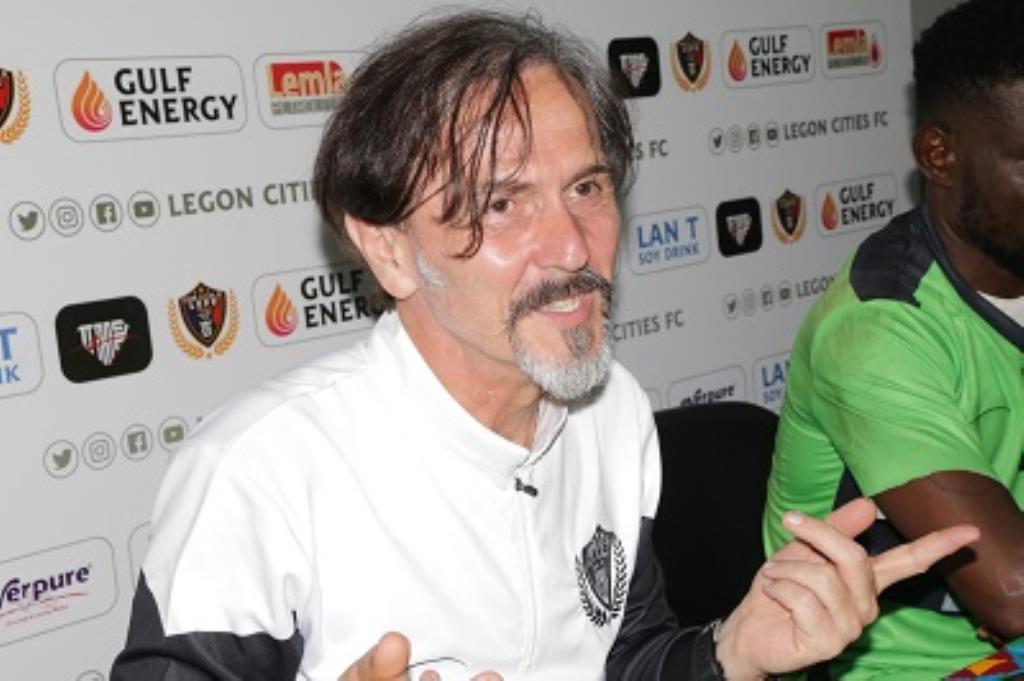 Legon Cities have terminated the contract of head coach Goran Barjaktarevic after 17 games in charge.

The Bosnian has been at the helm for 11 months after taking over from John Paintsil who failed to meet the league criteria of having a CAF License A certificate.

The Royals have began the campaign on a disappointing note, failing to win any of their opening two matches.

Legon Cities FC laboured to draw 1-1 with Berekum Chelsea in the first game of the season last week.

The nouveau-riche side failed to recover from that dour performance against the Blues as they were battered 3-0 by Great Olympics on Friday.

The team’s shaky start to the season has rang alarming bells amongst their management board.

According to a deep-throat source, the Bosnian gaffer has been informed that his days at the club are are over.

Both parties are however yet to officially come to an agreement over the terms of the dismissal.

During Barjaktarevic’s era with the Royals, he won just three games, all of which came in the truncated season where his side finished 14th.

As a result, the board of Legon Cities invested heavily in players this transfer window signing 12 new players including former Black Stars captain, Asamoah Gyan.

However, fortunes have still remained the same as the Royals are still winless after two games in the Ghana Premier League.

The humiliating defeat against Olympics last Friday perhaps was the final straw as management decided to terminate the contract of the 51-year-old less than 24 hours later.

It is unclear who will replace Barjaktarevic as head coach, meanwhile, Legon Cities continue preparations ahead of their matchday three home game against Medeama SC. The coach is still in the country,