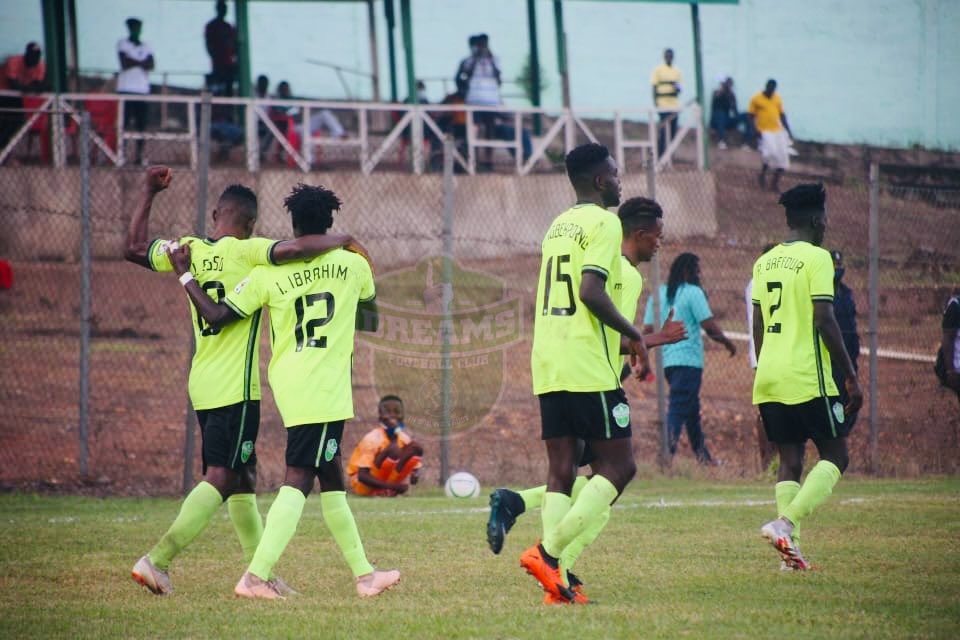 The former Ghana Premier League top scorer rolled back the years to deliver a stupendous free kick from the edge of the box to beat substitute goalkeeper Kwame Baah in post for Asante Kotoko.

The free kick zoomed into the roof of the net to break the hearts of many Kotoko fans who were praying for a win. The porcupine Warriors scored in the first half through Kwame Poku and were kept in the game by goalkeeper Felix Annan.

Poku scored from close range on 25 minutes at the Golden City Park.

The Porcupine Warriors kept their composure, sat back by staying compact, allowing the home side to control affairs as Felix Annan dealt with the few onslaughts that were thrown at him.

Coach Maxwell Konadu’s side drew their opener 1-1 with Eleven Wonders at the Accra Sports Stadium in a home fixture and needed the points badly to get their campaign back on track.

Poku could have grabbed a brace before half time but missed from few yards after being put through by winger Emmanuel Gyamfi.

Chelsea coach Hesse Odamtten introduced Jordan Opoku and Emmanuel Clottey in the dying embers of the game to push for the equalizer.

Clottey announced his presence with a delicious free kick which was heavily forced back into play by goalkeeper Annan for the Kotoko but the defenders were on alert to avert the situation.

Felix Annan pulled another spectacular save in the 69th minute after finger tipping Captain Amankona’s header.

The win for Kotoko was dented by the injury to goalkeeper Annan who was at the receiving end in the final seven minutes of the game.

The result leaves Asante Kotoko with two points from a possible six heading into their next game against Great Olympics in Accra.

Mohamed Habib of Asante Kotoko was named the Nasco Man of the match.

Issah Ibrahim scored a late penalty to record a 2-1 win over Medeama on Sunday.

The goal came on the stroke of full time with a decisive spot kick to hand the three points to Dreams FC.

Joseph Esso opened the scoring after latching on to a defensive blunder to open the scoring. The two teams sold an entertaining clash at the Theatre of Dreams.

Midfielder Godfred Kwadwo Asamoah scored against his former side to fetch the equalizer for the Mauves and Yellows at the theatre of Dreams.

Benjamin Boateng scored a late equalizer to give King Faisal a point at against Aduana stars on Sunday.

Aduana stars played with 10 men for about 24 minutes following a red card to defender Isaac Kwain in the 66th minute for a clumsy play. The game ended 1-1 at the Ohene Ameyaw park at Techiman

The two teams shared the spoils with a 1-1 score line at the end of the encounter in match day two of the Ghana Premier League.

Benjamin Tweneboah scored the opener for Elmina Sharks. The speedster opened the scoring in the 27th minute with a brilliant solo run as he went past his marker to slot the ball home for the hosts.

Diawusie Taylor scored from the spot to hand Karela United FC a 1-0 win against Inter Allies at the Crosby Awuah memorial park.

The result mean Inter Allies who drew with Dreams FC on the opening weekend of the season have yet to win a game this season.

Karela United have now bagged four points having drawn their first game against AshantiGold at Obuasi. The only goal of the game came in the 75th minute of the game.