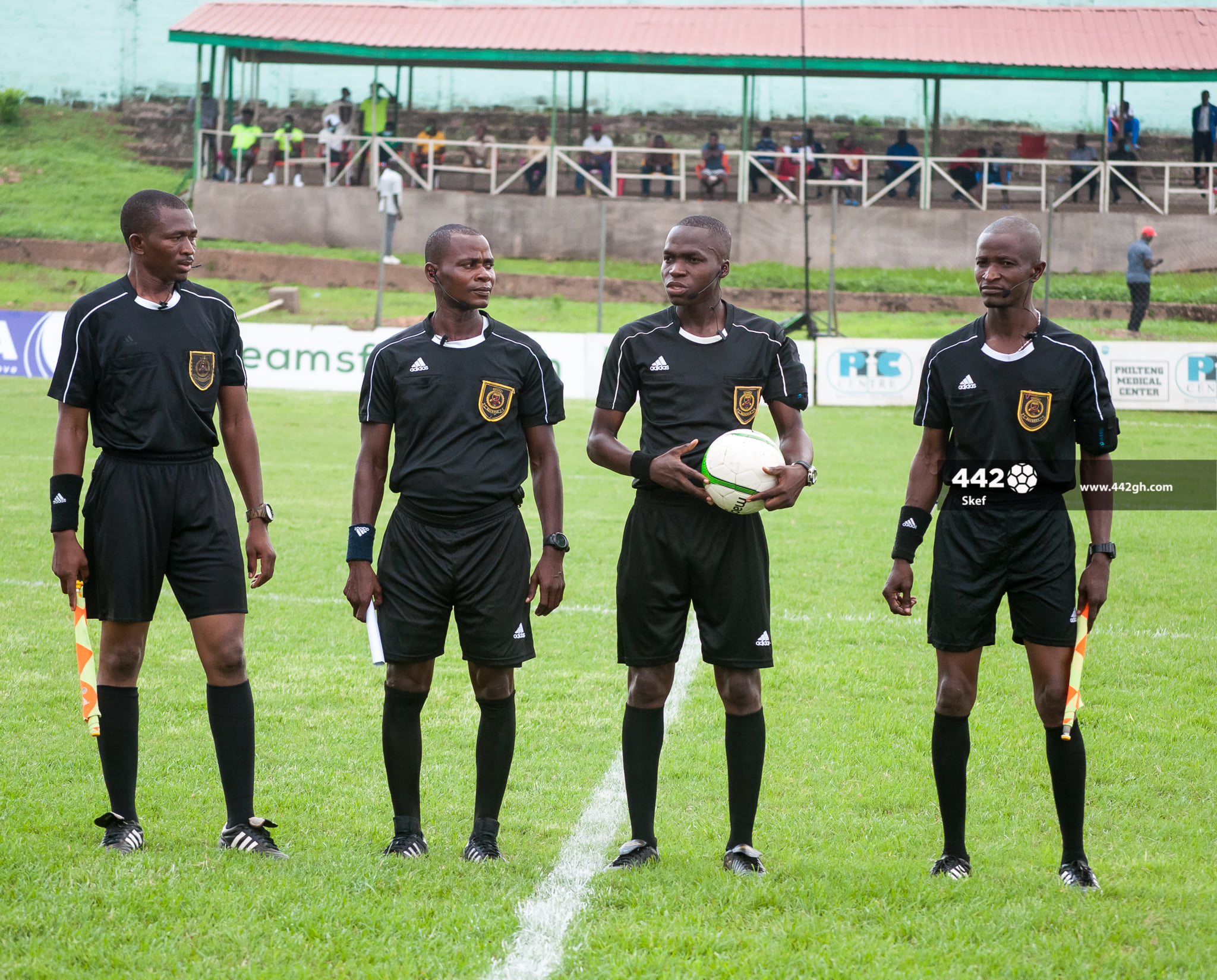 The Match Review panel of the Ghana Football Association has announced decisions on some complaints from clubs in the ongoing league competitions.

Below are the decisions of the Review panel on the respective complaints:

The Review panel, therefore decided that referee Lovia Boaduwaa was correct in her decisions and should be commended for the decisions.

FC Nania complained that in the 90th minute of the said match, Referee Kwadwo Appiah Nyarko added 5 minutes of play but after 4 minutes of play he awarded the home team a penalty which they consider as not a correct call. According to them, the penalty made the home team win the game by a goal.

After watching the recording of the match, the Committee found that the ball hit the back of the player (No. 26) of Nania and therefore there was no foul committed.

The Match Review Panel has decided that the referee wrongly awarded a penalty to the home team even though he was close to the action. It added that the referee failed to take the right decision which led to a penalty that affected the results of the game. Referee Kwadwo Appiah Nyarko is therefore suspended for the rest of the league season.

The Club also complained about between 75th and 80th minute, series of serious fouls were committed against the home team. According to the complaint, in one incident the referee reached his pocket to show a card to a Medeama player for a reckless tackle however he later changed his mind when he realized the player already had a yellow card and a second would result in a red card.

The Review panel found that the first incident could not be deemed to be a foul. It also found that the second incident was a shot at goal which hit the body of the defender before touching the hand of the opposing player. With regards to the incidents between the 75th and 80th minute, the panel did not observe any clear incidence as claimed by the complainant.

In the opinion of the Panel, the first penalty which the referee did not pick was a good decision as well as the second incident. The Panel agreed that in both hand ball incidents the referee was right in his decisions and showed clear application of the law by Referee Eric Owusu Prempeh

The Review panel found that the decision taken by the referee was correct in the 36th minute and that in the 39th minute, the defender used his arm illegally on the attacker hence the referee took a correct decision by taking the referee

The Review panel decided that on the two occasions, the referee had both decisions right because on both occasions a fouls were committed. It therefore recommended that Referee Franklin Akumatey should be highly commended for awarding the two penalties.

According to the complainant, an obvious goal was scored which Referee Mahama Siela disallowed. It added that the Assistant Referee Yakubu Sayibu who was closer to the scene indicated a goal and was moving to the centre line for a goal. Also, it claimed that there was a serious infringement in the 18 yard box which was disallowed by the referee unfairly.

The Committee found that in the 25th minute, the referee erred by disallowing a good goal scored. Also it was found that there was no foul committed within the penalty area because there was no contact made by the two players who went ib to challenge for the ball.

The Committee decided that Referee Mahama Adam Siela failed his duties when he disallowed a good goal which affected the result of the game. He is therefore suspended for the rest of the league season.