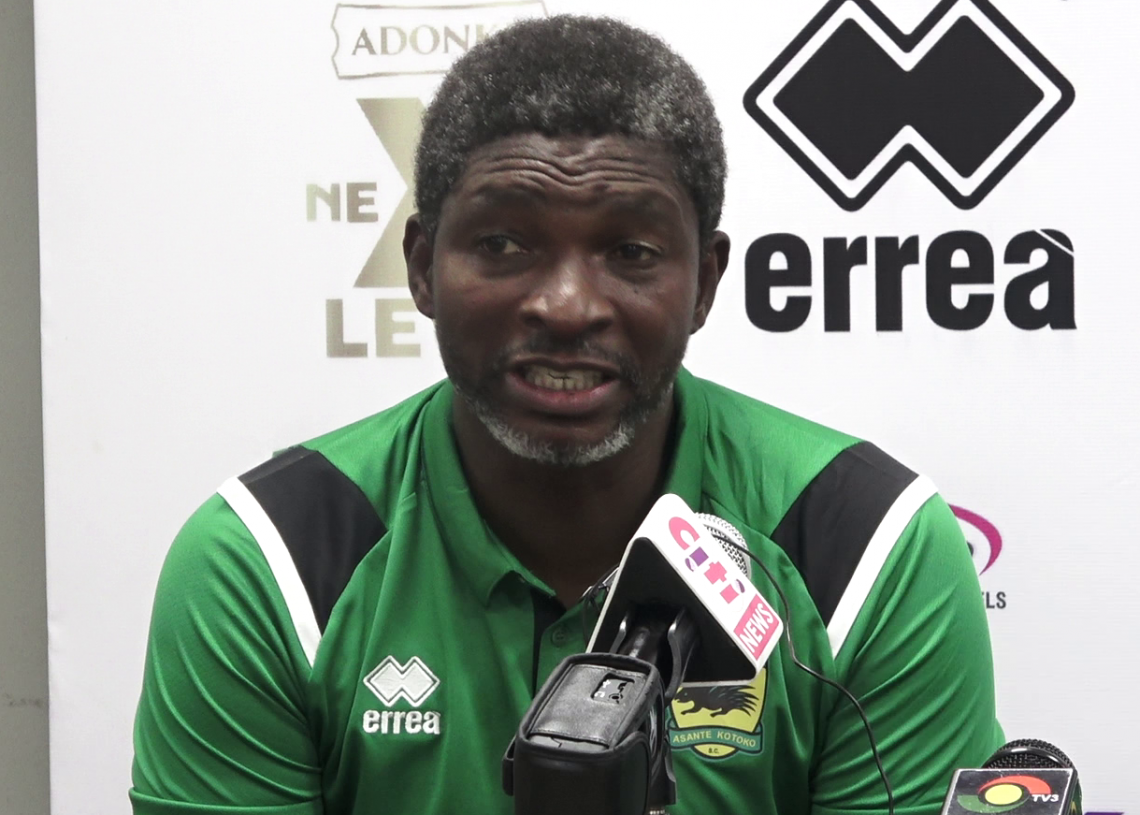 Asante Kotoko Coach, Maxwell Konadu has been hauled before the Disciplinary Committee of the Ghana Football Association for comments he made against Referee Daniel Laryea, following his team’s 1-1 draw with Berekum Chelsea at the Berekum Golden City.

Marching towards victory, the Porcupine Warriors were denied a win at the death as Emmanuel Clottey converted a free-kick in the fifth minute of injury time to fetch the home side the equaliser.

Adom Frimpong was adjudged by the referee to have fouled Stephen Amankona, leading to the free-kick.

Konadu was left furious after the game, telling StarTimes referee Daniel Laryea’s decision cost his side the win.

Had it not been because of the referee’s mistake, the day would have been ours. He’s referee whom I respect so much. I have a lot of respect for the referee but then in the last minute I didn’t know what came over him.

However, that is football so we accept it and will move on to the next game.

The comments have forced the GFA to act, urging club officials and stakeholders to seek redress using the appropriate procedure by filling out the Referee Complaint Forms.

On Monday, Ebusua Dwarfs’ head coach, Ernest Thompson Quartey, was also dragged before the Disciplinary Committee for comments he made against the referee in his side’s 2-0 defeat to Techiman Eleven Wonders on Friday.