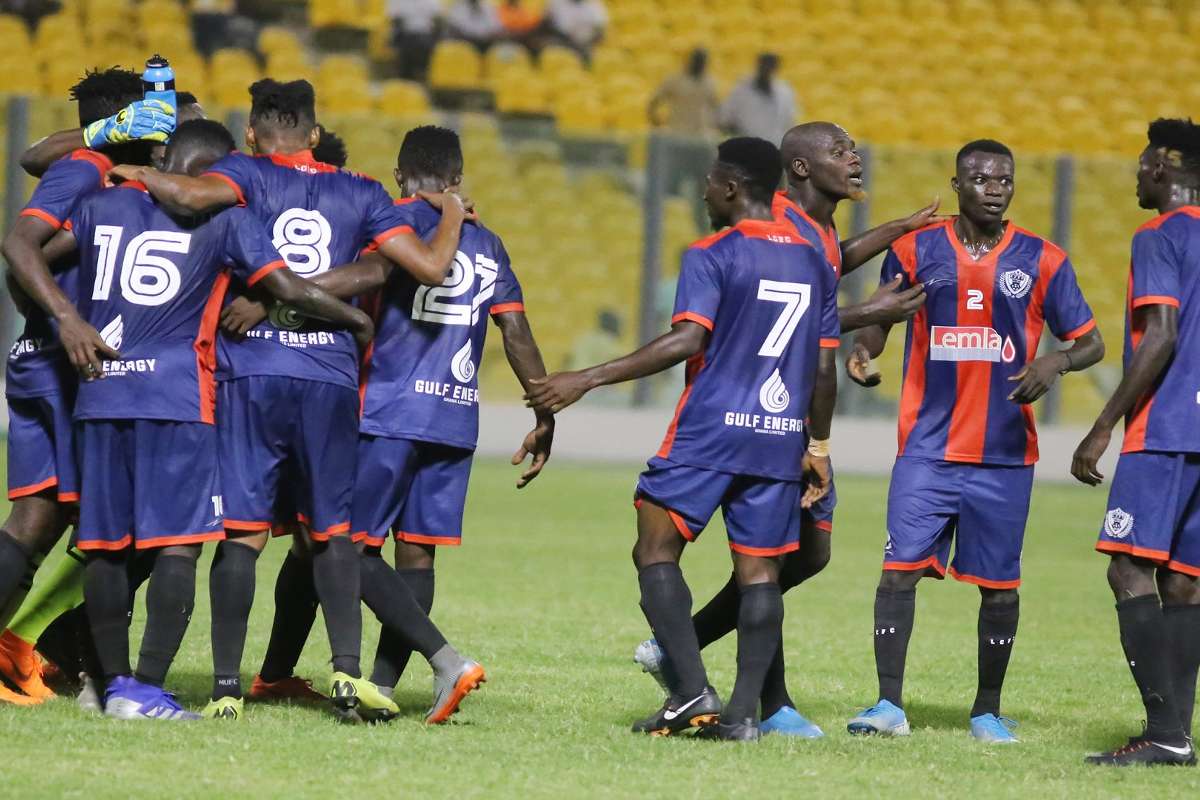 Legon Cities FC were at their utmost best on match day 19 of the Ghana Premier League after they cruised to a 2-0 win against Great Olympics at the Accra stadium on Sunday.

The win is a boost for the Royals and will intensify their fight for survival in the Ghana Premier League.

Nigerien international forward Victorien Adebayor was handed his debut on Sunday after joining in the second window.

Their quest for survival suffered a jolt on match day 18 when they lost 2-1 to Berekum Chelsea in Dormaa – but fought back to pick a win against one of the best teams in the League – Great Olympics.

Shamsu Alhassan and Issaka Mohammed got the chance to start, while Wilfred Honu replaced Fatau Dauda in goal.

Cities waited until the 58th minute to open the scoring through substitute Nicholas Mensah who headed home a corner from Adebayor.

The Royals completed their victory in the 70th minute after Jonah Attuquaye doubled the lead with a fine finish.

Olympics drop to the second place on the league standings one point behind their Asante Kotoko who climbed to the first spot after a well worked 2-0 win against Berekum Chelsea.

Legon Cities have now moved to the 14th place on the ladder with 22 points.