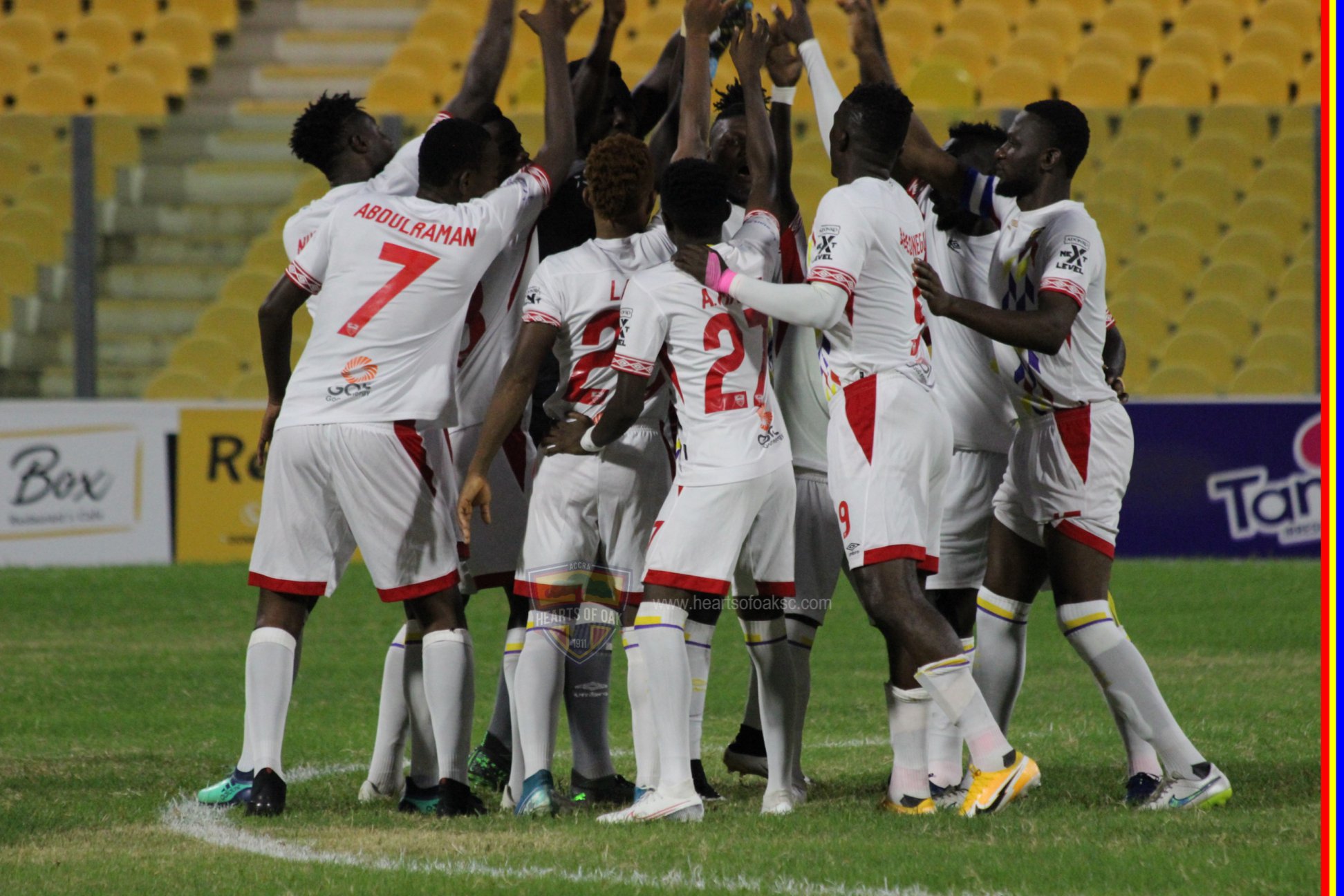 Aduana Stars Football Club and Accra Hearts of Oak will on Wednesday, December 16, 2020 battle each other at the Nana Agyemang Badu I park at Dormaa, in an outstanding Ghana Premier League fixture.

The match day one fixture of the 2020/2021 season, originally scheduled for Saturday, November 14, 2020 was postponed because Hearts of Oak’s camp had been affected by several Covid-19 infections in the lead up to the game.

The two former League Champions will battle each other on Wednesday in search of the three points to get their campaign back on track.

Aduana Stars – two-time League Champions, have yet to win a game this term drawing against King Faisal (1-1), Bechem United (0-0) and Techiman Eleven Wonders (1-1). They also lost 1-0 to Elmina Sharks on match day four. Even though they boast of some of the finest talents on the domestic front, they have been very unimpressive since the commencement of the season.

They come across as a team with loads of experience, with the likes of Yahaya Mohammed, Bright Adjei, Caleb Amankwaa, Emmanuel Akuoko, Justice Anane, Farouk Adams and Samuel Bio.

The Dormaa lads have an outstanding home record against both Hearts of Oak and Asante Kotoko, but that home invisibility nearly hit a jolt last season when Hearts of Oak snatched a point at the Nana Agyemang Badu I park in a goalless drawn game.

The astonishing display against Dreams FC gives their teaming fans something to cheer about, at a time of visiting one of their toughest opponents.

Michelle Sarpong and Kojo Obeng Junior stole the headlines on Sunday in the game against Hearts Dreams FC at the Accra sports stadium as they scored to give Hearts a convincing 3-0 win. Midfielder Emmanuel Nettey missed Sunday’s game because of injury. But Abdul Aziz Nurudeen slotted in for him beautifully.

Larry Sumaila, Raddy Ovouka and Mohammed Alhassan have delivered some outstanding performances for Hearts of Oak since the League commenced.

New Coach Kosta Papic seems to have reengineered a winning formula for the Phobians.

Matches between the two sides at Dormaa have always been a crowed puller and a keenly contested one, only that the fans will not be involved this time as teams continue to play behind closed doors.

The ‘battle between Samuel Fabin and Kostadin Papic’ will be broadcasted live on StarTimes Adepa channel 247.