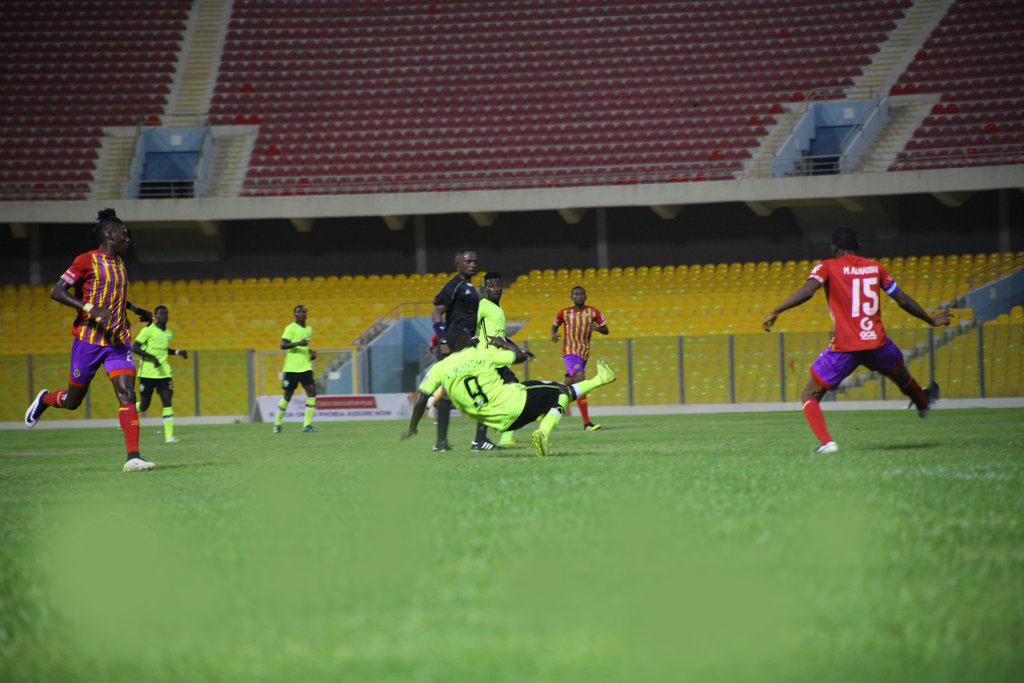 Accra Hearts of Oak were simply unstoppable on Sunday when they took on Dreams FC in a match day five fixture as they outclassed their opponents to win 3-0 at the Accra sports stadium.

Michelle Sarpong netted a brace, after a Kwadwo Obeng Junior opener to give Hearts of Oak their first win of the 2020/21 Ghana Premier League campaign.

Hearts coach Kosta Papic took charge of his first match since his appointment and the Serbian made four changes to the starting lineup.

Michelle Sarpong got the game’s first chance against the run but his powerful low shot swept across the face of goal. Hearts of Oak’s first goal scorer Obeng Junior, rattled the cross-bar from inside the box with a delivery on his left foot.

His hard work eventually paid off in the 38th minute when he beautifully shot into the bottom corner to finish off a counter attack from the left side of the Hearts of Oak attack.

Patrick Razak stole the ball from Issah Yakubu, approached the box and released Obeng on the right to prod home.

Dreams FC should have taken the lead early on but Issah Ibrahim, who was left unmarked inside the box, headed wide after a lovely corner-kick whipped in from the left flank.

Hearts of Oak were forced to make a substitution in the 30th minute after Manaf Umar replaced Ansah Botchway who picked up an injury.

In the 35th minute Dantani Amadu hit the side net from a Dreams FC free kick.

Back from recess, Michell Sarpong doubled Hearts of oak’s lead in the 48th minute to leave Dreams FC in an unstable situation.

The Dawu based side started the game two of their best players Joseph Esso and Emmanuel Ocran in their line-up.

The two players were later brought on the second half but that had no bearing on the team as Hearts of Oak stole the show with some brilliant displays from Obeng Junior, Patrick Razak and Michelle Sarpong.

The Dreams FC defenders were caught sleepwalking and paid dearly for that shock defending.

The game was put to bed in the 89th minute when Michelle Sarpong headed home from close range to score his brace, third for Accra Hearts of Oak on the night.

Dreams FC have not won a game since their match day two, 2-1 win against Medeama SC at the theatre of Dreams. 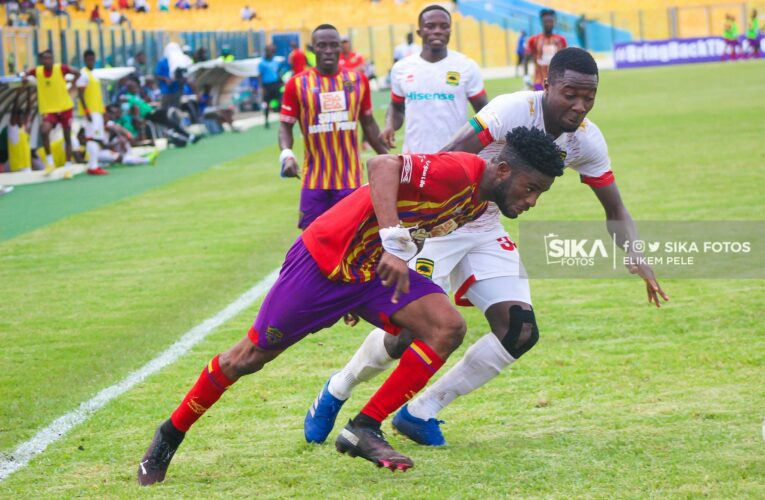 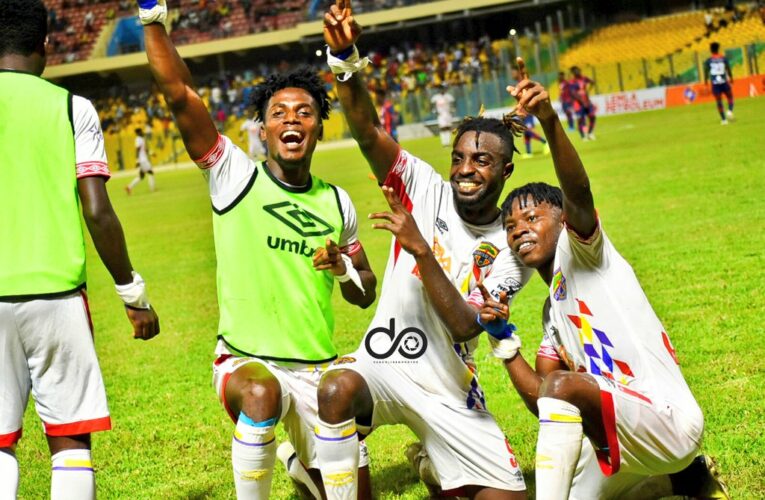 Hearts of Oak beak Legon Cities to reclaim to spot 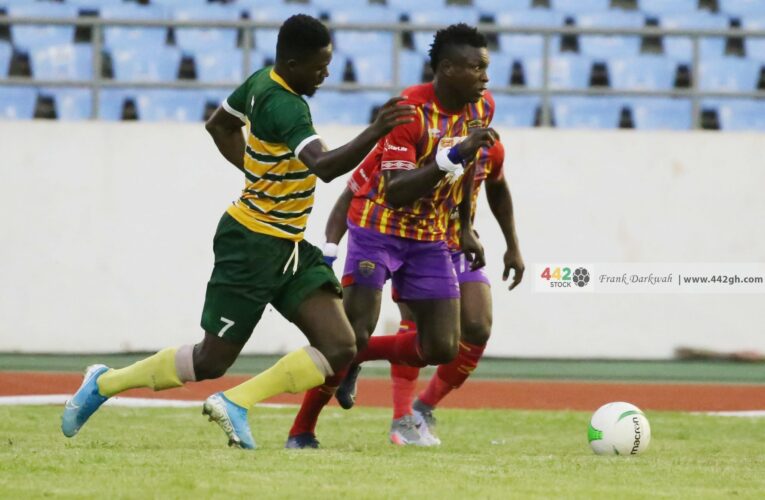 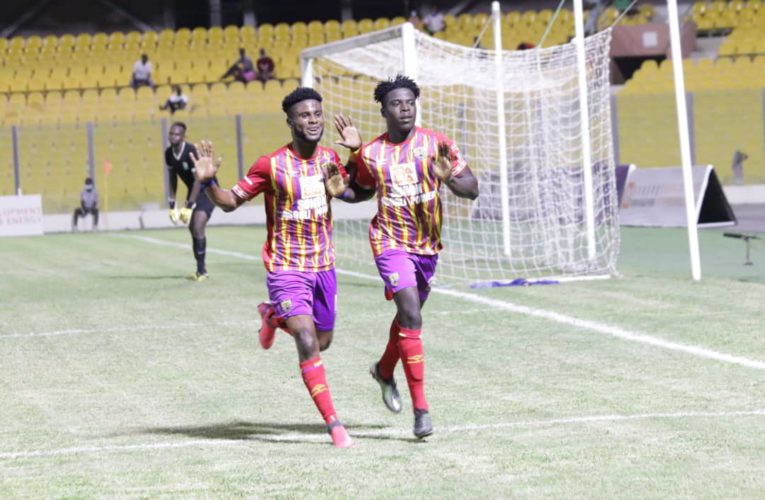 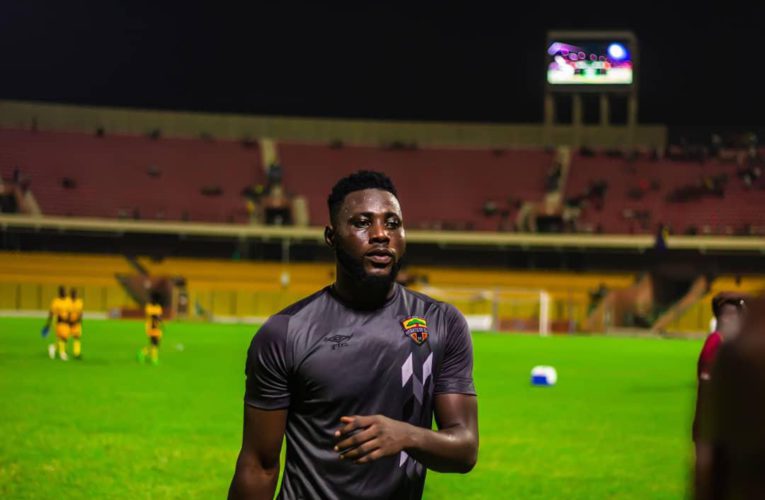 Richard Attah misses out of Hearts squad to face AshGold

Hearts of Oak head coach, Samuel Boadu, has named a 20-man squad for the trip to Obuasi to face Ashantigold on Saturday. The squad is without goalkeepers Richard Atta and … END_OF_DOCUMENT_TOKEN_TO_BE_REPLACED