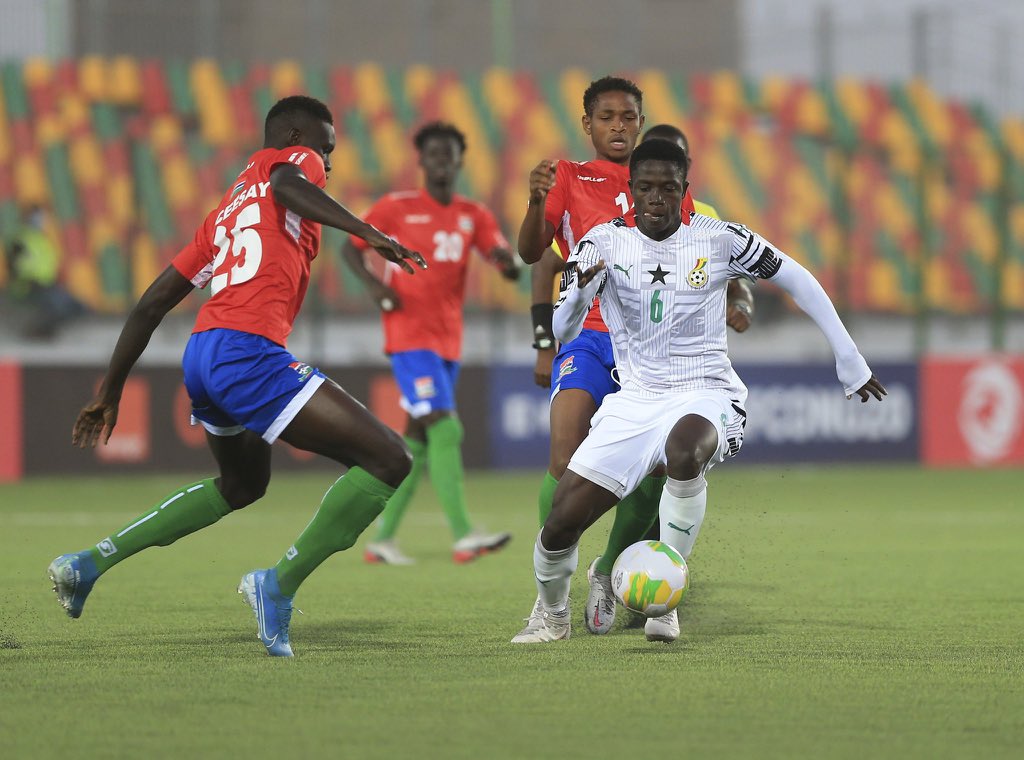 The Black Satellites have qualified to the quarterfinals of the 2021 CAF U20 African Cup of Nations despite losing 1-2 to Gambia in the final group stage game against Gambia.

Ghana finished as one of the third best placed teams after falling behind Morocco and Gambia in the Group C table.

Coach Karim Zito’s side took the lead in the 8th minute before the Gambians leveled the scores before the 20th minute mark.

The Black Satellites failed to find to pick themselves back into the game as the resilient Gambian side fought hard to maintain their lead the end of the game.

While expressing his disappointment at his team’s inability to win the game., Coach Karim Zito admitted that his team lost to a better side.

“Like I said before the game, every team that plays Ghana comes into the game to fight hard for a win. We take nothing from Gambia, they came out to win the game and took advantage of their chances.”

“We didn’t get the result we wanted but qualification to the next round is key because we have another opportunity to correct our mistakes”, Coach Zito stated at the post match press conference which was held at the Stade Municipal Nouadhibou after the game.

The National U20 trainer was optimistic that the team could still achieve its ultimate targets for the competition despite finishing third in the group.

“We have not lost hope because finishing third does not mean we can’t achieve our ultimate targets”, he insisted.

Ghana is set to face Cameroon in the quarterfinals stage on Thursday to fight for a place in the semi-final.