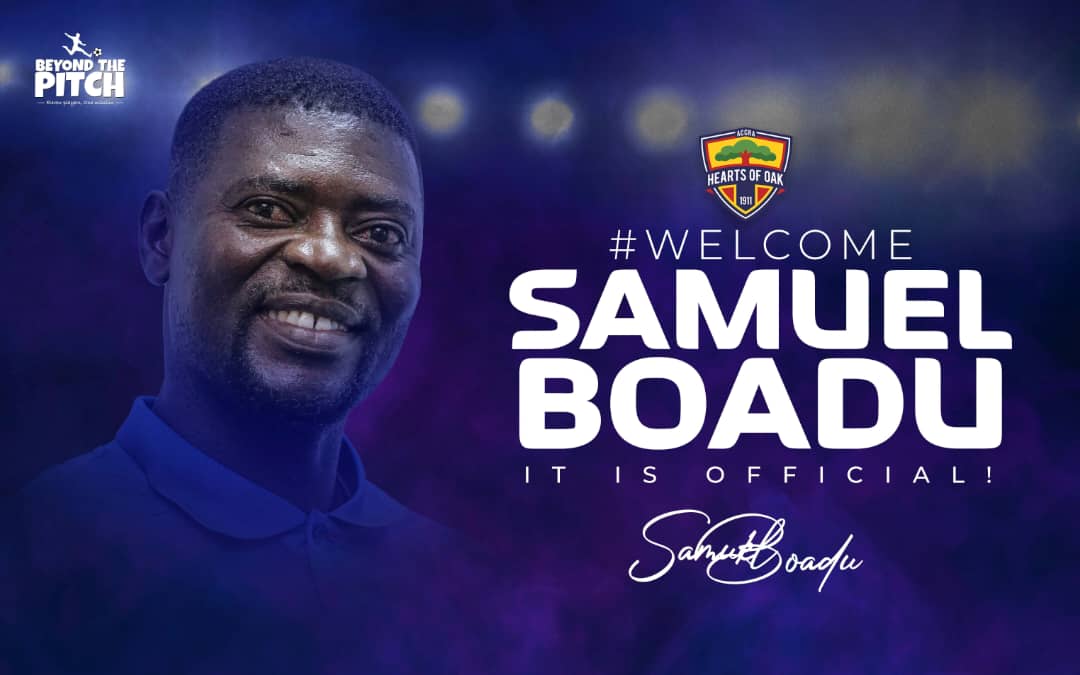 Samuel Boadu has joined Accra Hearts of Oak as the club’s new head coach on a three-year deal, officials have confirmed.

The Ghana U-15 boys trainer’s arrival has been rumored in the past week and was fueled by his surprise resignation from Medeama SC after their Ghana Premier League home win against Eleven Wonders last Wednesday.

The Hearts post has been vacant since Serbian Kosta Papic called it quits over struggles to get the best out of a disgruntled playing body.

Hearts put faith in Under-15s coach Samuel Nii Noi to steady the ship and he did creditably well – guiding the side to two wins against Ebusua Dwarfs and Liberty Professionals and a draw in Sunday’s Super Clash with arch-rivals Asante Kotoko. His job is done.

“He is officially starting work on Monday the 1st of March. We signed him for three years and is coming with his own assistant,” Hearts Board member Alhaji Braimah Akanbi relayed to reporters after the 0-0 draw against Kotoko on Sunday.

Boadu is widely tipped to bring in his 28-year-old trusted righthand man Hamza Obeng from Medeama as a first assistant coach.